Back in June 2021, Yen Press began releasing the mystery series Can’t Stop Cursing You in English. After an intriguing first instalment, I return a year later with the second and third volumes in hand to find out if the series manages to continue providing an interesting read.

Having solved the case of the Curse Killer in Volume 1, protagonist Saeyama is moving on to a new case where a woman has wound up dead with strange burn-like marks covering her entire body. It’s clear to Saeyama immediately that this is the work of a new Curse Killer and, luckily for him, the culprit has already turned herself in. Her name is Yami Akeno and she’s demanding to see a curse-breaker.

A Curse Killer is immediately given the death penalty under Japanese law, so for Yami to have turned herself in, Saeyama suspects she’s playing some kind of game and it turns out he’s right. Yami reveals that as soon as she made a contract with her Curse God, she put a curse on five people – one that doesn’t immediately kill them. She challenges Saeyama to figure out how her curse works, why she cursed these people and to put a stop to her within 24 hours. In exchange, Yami promises to give Saeyama details on the Cursed Blood, a group who seem to have some kind of connection to the Curse Killers popping up recently. 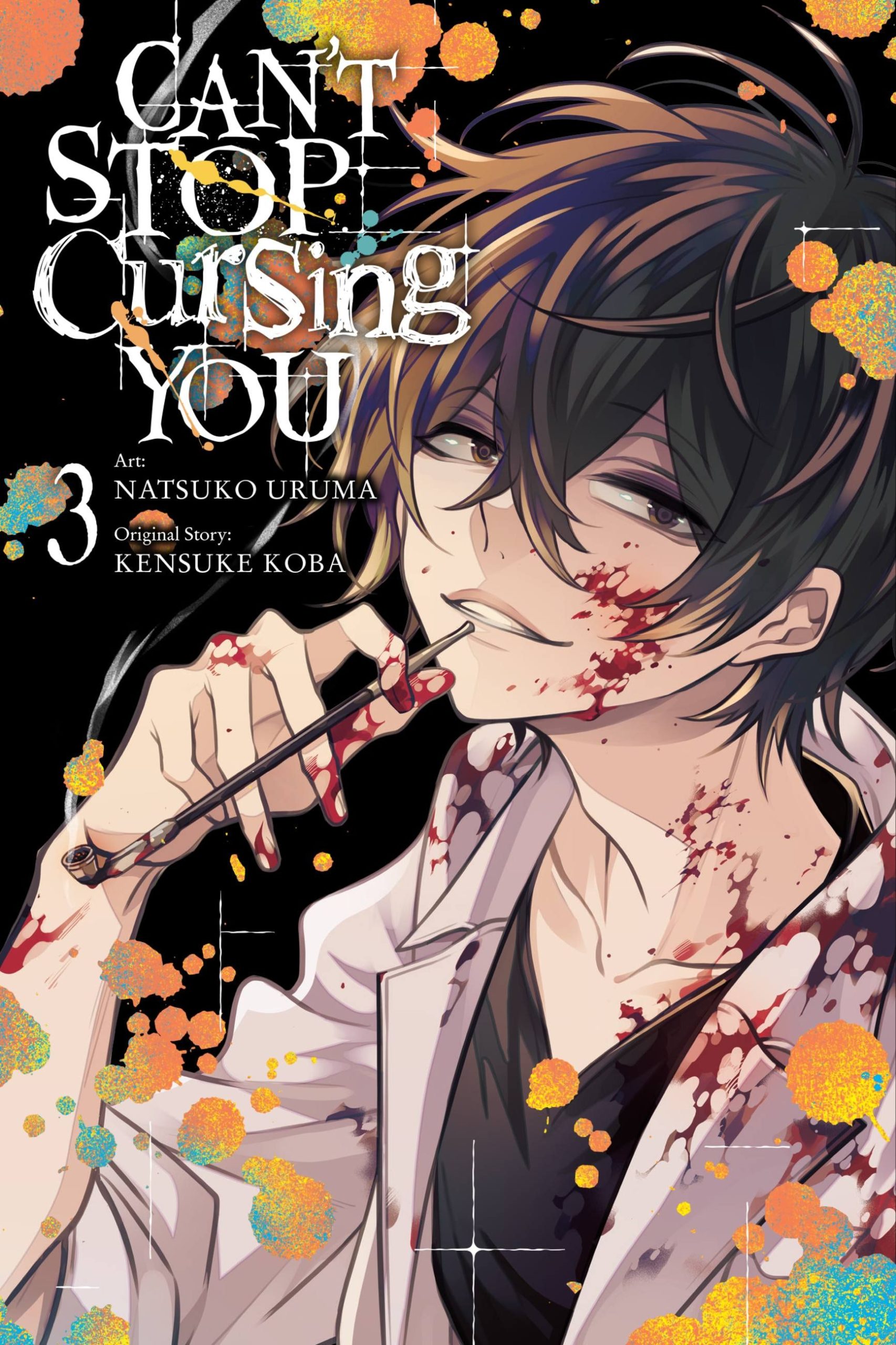 Just like in Volume 1, this storyline is wrapped up within the book and then in Volume 3, we move on to another Curse Killer. This one sees Yamazaki’s (Saeyama’s assistant) school under attack once again when a mysterious transfer student joins his class. This Curse Killer curses three kids, giving them 666 seconds to tag someone else to rid themselves of the curse or die when the timer ends. It’s up to Saeyama on the outside to figure out who the Curse Killer is, while Yamazaki feeds him information from the scene and works with the transfer student who could be friend or foe…

While these cases are enjoyable as standalone storylines, I fear we readers won’t get the resolution we’re hoping for to the overarching plot in the finale next volume. Throughout these two books, we meet some new characters and learn about the Cursed Blood in dribs and drabs, but nothing indicates it can all be wrapped up in a handful of chapters. That’s definitely going to take away from the whole series should it be the case, but I suppose all we can do is wait and see when Volume 4 comes out.

That concern aside, I certainly enjoyed reading these books. Particularly Volume 2 where we changed settings from the school and got to see Saeyama doing what he does best and trying to outwit the culprit. Coupled with mangaka Natsuko Uruma’s striking (and very gory) artwork, I feel that this volume is the one that best delivers on the premise of the first book.

Volume 3 is more disappointing because, although the way the Curse Killer utilises their curse is original, I’d have preferred not going back to the school for a second time when there are so many other situations the author could have chosen instead. But again, the improvements in the artwork department compared to Volume 1 do make for a better read on the whole. There are fewer dialogue-filled panels and more action, which flows better, rather than bogging down the reader.

Can’t Stop Cursing You Volumes 2 and 3 come to the West thanks to Yen Press and continue to be translated by Christina Rose with lettering by Rachel J. Pierce. The translation reads well with no issues to note. Like Volume 1, both of these releases open with a colour illustration which is a nice extra. Volume 4 is currently not in the English schedule and only came out in Japan in April, so it looks like we might be waiting a while before we conclude this one, unfortunately!

Overall, Can’t Stop Cursing You continues to be an enjoyable read, provided you enjoy the central concept of Saeyama solving these cases. While I am concerned about how things are going to wrap up in just one more instalment, that doesn’t necessarily take away from the stories being told in these books. 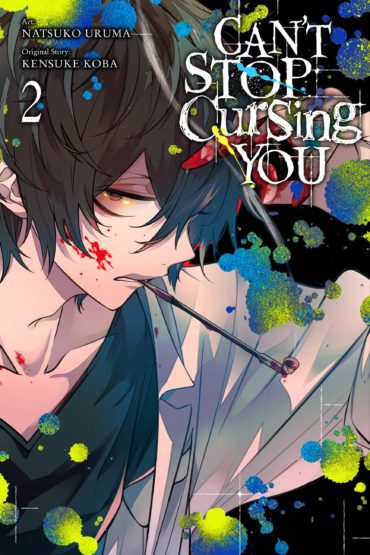 The first volume of Can’t Stop Cursing You showcases a cat and mouse game between those with the power to use Curse Killing abilities and those destined to bring these evildoers to justice.