“For me… photos are a way to connect with the world.” Akihito Narumi

Young farmer Haruki Homura (21) comes across a wildlife photographer, snapping away as a flock of wild swans takes to the skies above the snowbound landscape. Akihito Narumi (27) tells him that he has come to Hokkaido to photograph ‘snow fairies’ but something has gone wrong with his accommodation booking and he’s had to resort to his tent! So, Haruki offers to put him up. The reserved young man lives alone in a big house but doesn’t seem bothered by the solitude. Haruki is puzzled by Narumi’s interest in snow fairies and wonders if the photographer’s thinking of local Ainu legends of a race of little people known as Korpokkur… but it’s not until Narumi gives him one of his books of wildlife photography that he realizes that his houseguest is the real deal. However, when they settle down for the night in the warmest room, Narumi reaches out in his sleep and hugs Haruki close, murmuring, “I finally met you… my cute little fairy…” Spooked, Haruki beats a very hasty retreat and spends a sleepless night by the wood-burning stove. In the morning, Narumi doesn’t remember a thing!

As the winter days go by, Haruki gradually becomes less wary around the outgoing Narumi and they both learn more about each other. Narumi reveals that he had a sickly childhood and was often in hospital but he was inspired when his mother brought in a book of birds of the world, which inspired him to want to travel and take photographs like those in the book.

Narumi offers to teach Haruki about photography. There are a number of cameras in the house which belonged to Haruki’s late parents but they’re the older non-digital kind that use rolls of film. Haruki’s natural reluctance softens under Narumi’s guidance and he decides to use one of his father’s cameras. Haruki has also been warming to Narumi’s outward-going personality – but as spring and the thaw arrives, Narumi plans to leave; he’s booked to go on an eight-month trip to New Zealand. Haruki has been using up the film in his father’s old camera and realizes there are only seven shots left. I feel like when I’ve used them all up, Narumi will vanish. And I don’t like it. This isn’t the only thought that’s troubling him. He’s realized that he likes Narumi – really likes him. And he doesn’t know what to do with these feelings. Since the death of his parents, he’s kept himself to himself, not wanting to risk loving and losing again. Perhaps it’s for the best, he tells himself when Narumi leaves… but now the house seems empty without him.

As for those elusive ‘snow fairies’ – does Narumi ever find and photograph them? You’ll have to read the manga to find out…

Tomo Serizawa’s graphic style is accomplished and attractive; the story flows naturally from panel to panel and the characters are sympathetically drawn. The wintry landscape of Hokkaido is also very well portrayed, as are the birds Narumi’s come to photograph. Flashbacks are woven seamlessly into the narrative, so we learn gradually about Haruki and Narumi’s pasts, much at the same time as they learn more about each other. Narumi, older and more experienced, realizes that he is falling for Haruki – but Haruki, who’s had to become self-resilient at a young age, while leading a very sheltered life in the deep country, is very wary around any kind of physical contact, even a friendly head-pat or a hug. It’s good to see that Narumi respects Haruki’s feelings in this, holding back from forcing him before he’s ready to acknowledge how he feels. The art of photography has drawn these two people together – as they communicate through the camera lens and what it captures, even when they’re very far apart.

This charming and warm-hearted Boys’ Love romance, set against the snowy landscapes of the far north of Japan, makes just the right kind of comforting reading for winter. The digital edition is available now, with the paperback to follow in April 2023. 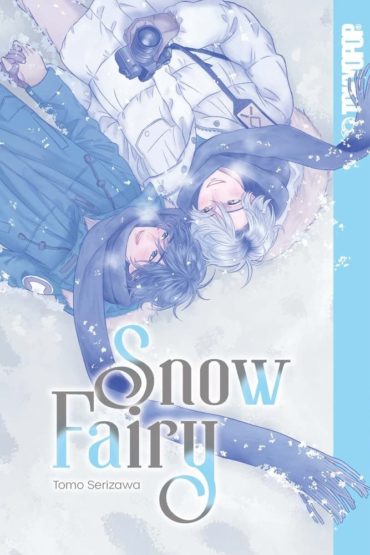 The Snake Who Loved a Sparrow Review

Members of the sparrow clan should be terrified of snakes – but when Komazu’s life is saved by a white snake, it’s the start of an unusual relationship in a world in which forest creatures can assume human form.