When Crunchyroll launched their manga service back in 2013, I was excited. Not only did they launch with big titles like Attack on Titan, Fairy Tail and Seven Deadly Sins but the service went on to lend a platform to remarkable series like A Silent Voice and Orange which may have otherwise gone unnoticed. While the project has been going for almost four and a half years, it has been struggling lately with the announcement of most of its back catalogue being removed or losing chapters. An influx of new titles seemed like a potential fix for the issue, but sadly, as we’ve discovered today (March 2nd)  that just hasn’t done the job.

Crunchyroll Manga launched back in 2013 with 12 titles, all of which were ongoing, with some still continuing today. They continued to slowly add content, and now the service has 74 titles in all (including the content added today), but that’s largely where the problems begin. Roughly only 30 of these titles are ongoing or regularly updated. Some of this is because some series have come to an end in Japan, like Fairy Tail and Scum’s Wish, but often this is also because Crunchyroll launched a few titles and then failed to update them in a timely manner, if at all, despite new chapters having been released in Japan.

As series come to an end, you’d like to think that Crunchyroll would have added new titles to make up for the losses, but that hasn’t been happening. At most, Crunchyroll launch two new manga titles alongside a new anime season, but often there are no new releases at all. Worse, a lot of what they do add is only published monthly in Japan so it still feels like a real drought of content.

We were given what felt like the finishing blow last month when Crunchyroll announced changes to their current catalogue of titles. The changes detailed that Crunchyroll would be removing 14 completed titles as well as removing older chapters for on-going series like UQ Holder, Fuuka and more. This effectively meant that newcomers to the service wouldn’t have a whole lot to read without first buying up a load of digital releases outside of Crunchyroll. Existing readers who have been there from the beginning, like me, were quickly losing reasons to visit at all, having already read everything still there.

If the news had been forecasting the end of Crunchyroll’s manga offering then I wouldn’t have been wholly surprised. The company no longer have a separate PR account for the service, nor do they even bother to update the bug-riddled iOS and Android apps with new features and fixes (while the apps are usable, they have a host of issues for some people). Between this and the lack of content additions, it was quickly evident that the company just didn’t care about – or wasn’t making money from – their manga endeavors. However, hope was in sight when on March 1st an announcement was made that 8 brand new and ongoing titles would be coming to the service thanks to Kodansha Comics.

This morning I excitedly booted up the app to read some of the new series, but was disappointed to find that only 2 of the 8 new series begin at Volume 1. The vast majority start at around Chapter 15, while one series (Grand Blue Dreaming) begins all the way in at Chapter 31! After that I did some quick research and number crunching to discover the cost of catching up with each title (via buying completed volumes on Comixology), and here’s what I found:

If you want to catch up on every new series to the chapters that Crunchyroll has, it’s going to cost you a huge £142.31. This is made worse by the fact that you currently can’t buy some of the missing Grand Blue Dreaming chapters legally; the English release is still four volumes away from matching up to what Crunchyroll have started at, so that’s going to be even more expensive later.

This is troubling for someone like me who uses the subscription service in addition to already buying a great deal of manga and I firmly believe that the service shouldn’t leave you needing to pay three times the subscription cost just to catch up on a series. Ultimately it defeats the point of the service for everyone. Even disregarding the digital side of things, I much prefer to buy physical volumes, but for the majority of these series that simply isn’t an option (and where it is, we’d be adding a lot more to the price…). The fact I have to spend so much to catch up just means that I never will – and so not only have Kodansha Comics lost potential sales from me if the books ever did hit print, Crunchyroll are failing to retain my interest in their manga business too.

The problem is that Crunchyroll Manga should be a platform for discovering new manga and keeping up with old favourites. Thanks to them, I found and fell in love with A Silent Voice and Orange, the former of which made it into print thanks to strong views on Crunchyroll’s service, according to Kodansha Comics. Now, the odds of anyone discovering a new favourite through the service are overwhelmingly slim – and that’s not how something like this should work.

It’s obvious from the recent loss of chapters and series that Kodansha Comics don’t want content on Crunchyroll that has been compiled into a finished print or digital book, which is understandable – after all, they’re in the business of selling books and they potentially lose money if it’s all on Crunchyroll. However, a catch-up period for new titles should have been allowed, so that newcomers to the prospective titles could get caught up to the latest chapters without having to buy up a huge backlog first.

If you follow my work here at Anime UK News then you’ve likely heard how much I love digital light novel publisher J-Novel Club. The company is only a year old, but they’ve already built a fantastic platform for releasing light novels in a similar fashion to simul-published manga, as well as offering catch-up periods for newcomers to get into series that are ongoing. Their service is a well-oiled machine at this point, and is the perfect example of what Crunchyroll Manga needed to be – and what digital manga really needs in general.

Buying individual chapters of a series just isn’t cost effective for consumers, and as I mentioned earlier, I understand why whole series aren’t readily available at our fingertips. However, there does need to be some compromise from publishers as well, today’s events being the perfect example in that we have an inability to read most of the new content from the start. Likewise, Crunchyroll could stand to be more proactive in picking up series from the start so we don’t need to be dropped into something part-way through, but that seems unlikely given how little interest the company seems to have in the service. If Crunchyroll can’t make this work then it’s unlikely anyone else will (given Crunchyroll have such a large amount of money, time and potential readers at their disposal), but I really hope a publisher someday makes a serious effort to offer a simul-published manga service. The building blocks are there – they just need to use them wisely. [Yen Press already offer this for some titles, such as Black Butler. Ed.]

At this point, it’s reasonable to say that I feel Crunchyroll Manga is by and large a failure. With titles being removed, finished, or otherwise left by the wayside, there is little for longtime fans to go back for, and newcomers will first have to spend a lot of money to be able to read the new titles that start halfway through. It’s disappointing for a service that started with so much promise, but now it seems as if the service will never return to offering the same quality of life as it did at launch. 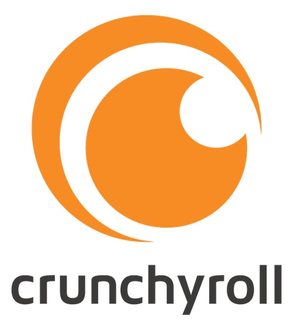