Earlier in the month we noted down the list of titles potentially making their way onto the service during the month of May 2018. Today we can confirm that two of them have been added as scheduled for the United Kingdom & Ireland territories, and potentially more territories throughout the world.

Lupin the Third: The Castle of Cagliostro

In the twilight of his career, master thief Lupin the Third’s latest and greatest caper has hit a snag. What should’ve been bags of cash from a national casino turns out to be expert counterfeits! Together with his partner-in-crime Jigen, Lupin heads to the remote European nation of Cagliostro to exact revenge.

Not everything goes as planned; the two encounter Clarisse, a royal damsel in distress being forced to marry the sinister Count Cagliostro against her will. Saving her won’t be easy, however, as Lupin and Jigen – together with Lupin’s unpredictable ex-girlfriend Fujiko and the swordsman Goemon – must fight their way through a trap-filled castle, a deadly dungeon, and an army of professional assassins! Can Lupin rescue the girl, evade the cuffs of his long-time nemesis Inspector Zenigata, and uncover the secret treasures of The Castle of Cagliostro?

That’s all of the new catalogue additions for today. The live-action Mob Psycho 100 series will also be added onto Netflix starting 22nd May 2018.

Stay tuned as we cover more reveals later throughout the year via our round-up article. 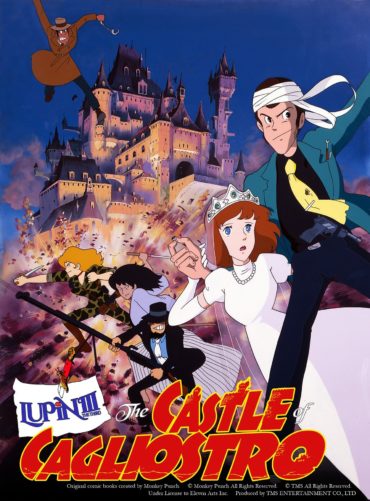 The 2009 anime series from TMS is now available with an English dub over on Netflix.