Life is hard for Nakamura Okuto. He’s sixteen, in high school, and he’s fallen in love – at first sight – with his blissfully oblivious classmate, cute and cheerful Hirose Aiki. Nakamura’s the kind of boy who keeps everything to himself. He’s been fantasizing all kinds of ways to become friends with Hirose but has never managed to move beyond the realm of fantasy/wishful thinking. And when a chance presents itself, Nakamura’s just the kind of unlucky guy to mess up big time; his school life seems cursed with pratfalls and misunderstandings. (Even his beloved pet octopus Icchan has a habit of escaping its tank and freaking out his younger sister, leading to more angst on the home front.) Nakamura is in no doubt that he’s gay but he doesn’t have a clue how that works in real-life relationships. So he buys some BL manga to educate himself – and then has the misfortune to drop the volume in school. Inevitably, Hirose picks it up and asks Nakamura if it belongs to him. Mortified, Nakamura denies all knowledge of the book – and it all goes downhill from there.

Or… does it? But Nakamura is more resilient than he might be able to admit to himself and in spite of all the obstacles that fate seems to throw in his path, Hirose begins to acknowledge his existence. 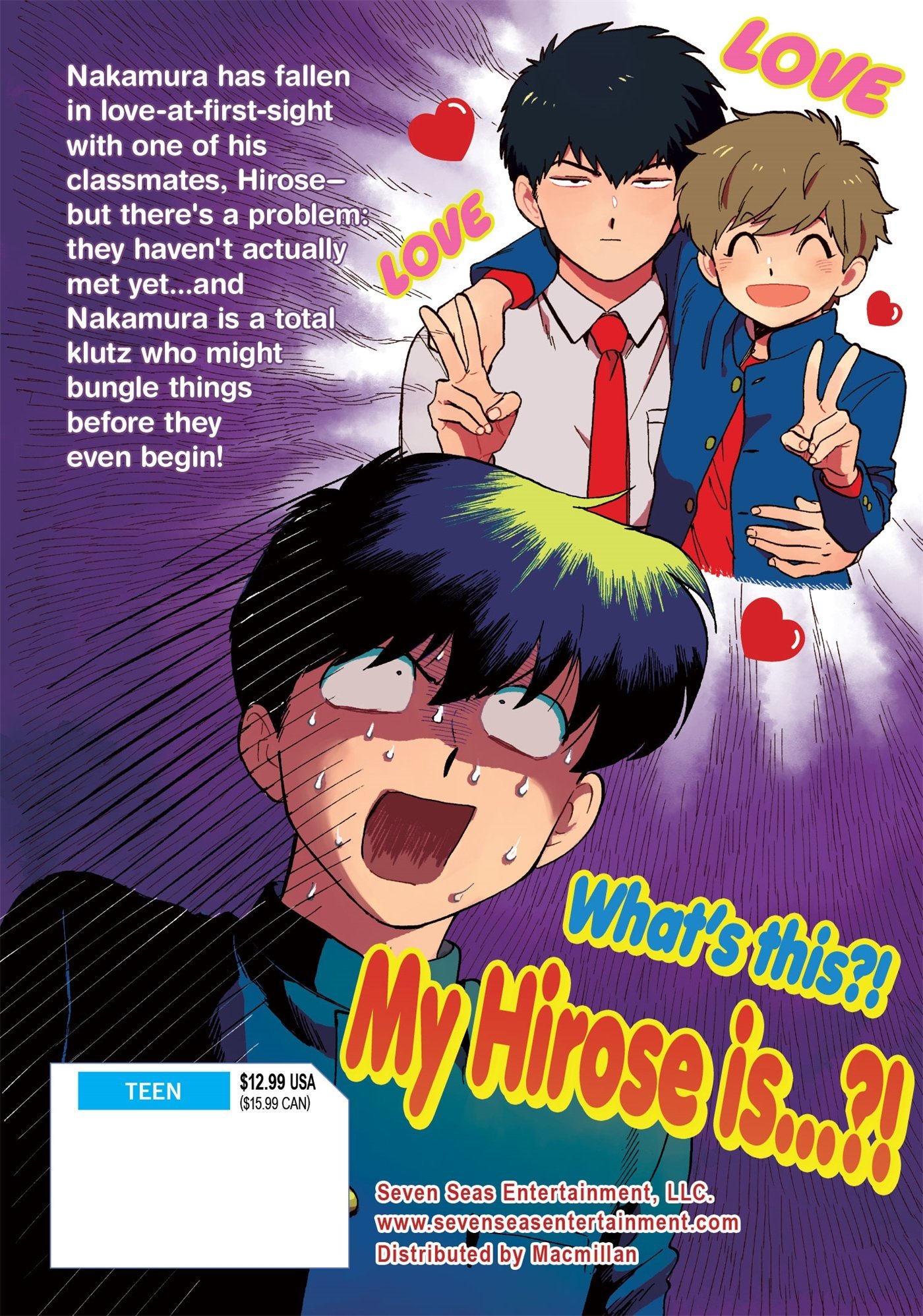 Syundei’s charming and funny BL manga features an attractively retro artwork, hearkening back to an earlier age of high school uniforms and hairstyles in manga, paying homage, perhaps, to the work of veteran mangaka like Rumiko Takahashi (Urusei Yatsura, Ranma 1/2). Ill-starred Nakamura’s story builds satisfyingly from short chapters at the start to longer, more developed episodes as he gets to know the other people in his class and his dynamic young teacher Otogiri-sensei better. It’s impossible not to sympathize with Nakamura, especially as the gulf between his dreams and reality seems impossible to bridge…

Amber Tamosaitis’s translation for Seven Seas captures just the right tone of voice for Nakamura and his tumultuous feelings (and Japanese honorifics are used throughout). Kudos to Seven Seas for striking out into BL territory; this is their first title and as it has a Teen rating, makes an ideal addition to any library, high school or otherwise, seeking to expand its LGBT resources.

In the Afterword, Syundei treats us to a brief but insightful breakdown of each chapter and the history of this collection (Nakamura began online in 2014, then was published by the enterprising BL magazine OPERA). One comment Syundei makes about Chapter 4: ‘This story came about because I was thinking “How can I sneak girl characters into a Boy’s Love manga?”’raises the thorny issue regarding the total absence of female characters in some BL works (or their inclusion only as love rivals or neglected fiancées). But this isn’t that kind of story and feels all the more natural as a depiction of growing up.  Through Nakamura’s heated imagination, Syundei manages to gently – yet affectionately – parody several of the over-used tropes of BL whilst at the same time creating a refreshingly believable and relatable central character. Highly recommended. 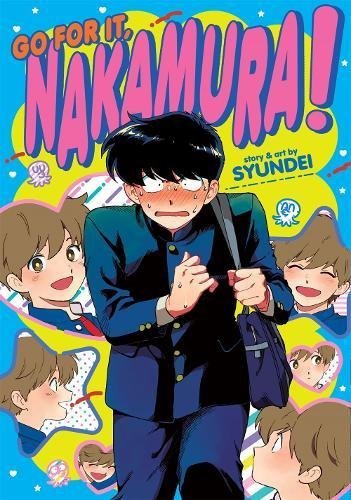 Title
Go For It, Nakamura!