It has been a month since the Winter 2019 anime season began airing the latest anime shows. Throughout the past couple of weeks we have seen multiple streaming services reveal their line-up and we’re going to recap all of the anime confirmed for the United Kingdom and Ireland in one complete list right here. Each title will have links provided to their respective show pages when available.

To recap we have Amazon Prime, Crunchyroll, Funimation Now, HIDIVE and Netflix (well in Netflix’s case you will have to wait around 4-6 months unless you’re in Japan) for this current season. Most of these sites will provide English dubs also depending on the title chosen.

There are a few notable changes in this season compared to the previous ones. Amazon will no longer be hosting anime shows from the NoitaminA and Animeism programming blocks outside Japan. In addition some titles have been shared across multiple services including licenses from both Aniplex and Sentai Filmworks.

The times mentioned in the list below are in UTC zone.

Thursdays 2:00pm for Crunchyroll and HIDIVE

Boogiepop and Others
(Boogiepop wa Warawanai)

Thursdays 2:30pm for Crunchyroll and HIDIVE

Fridays 5:40pm for Crunchyroll and HIDIVE

Thursdays 11:00am for Crunchyroll

Saturdays 4:30am for Crunchyroll and HIDIVE

How clumsy you are, Miss Ueno.
(Ueno-san wa Bukiyou)

Sundays 4:45pm for Crunchyroll and HIDIVE

Sundays 2:00pm for Crunchyroll and HIDIVE

My Roommate is a Cat
(Doukyonin wa Hiza, Tokidoki, Atama no Ue.)

Mondays 5:30pm for Crunchyroll and HIDIVE

The Price of Smiles
(Egao no Daika)

The Promised Neverland
(Yakusoku no Neverland)

The Quintessential Quintuplets
(Gotoubun no Hanayome)

The Rising of the Shield Hero
(Tate no Yuusha no Nariagari)

Thursdays 1:30am on Crunchyroll

Saturdays 5:30pm for Crunchyroll and HIDIVE

WATATEN!: an Angel Flew Down to Me
(Watashi ni Tenshi ga Maiorita!) 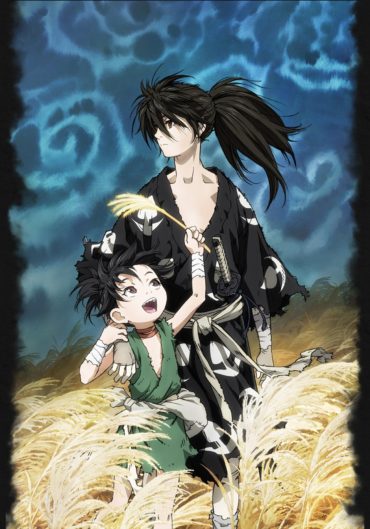 We round up the anime now available for legal streaming during the month of February 2018.

We round up the anime now available for legal streaming during the month of May 2018.