Distributor Anime Limited has revealed a brand new update on what’s to come for their release schedule for the month of October 2020. The line-up features existing licenses and a surprise return for a series that was acquired many years ago.

Before we go over the announcements, there were a couple of titles that have been previously mentioned not too long ago that are also scheduled for this October:

From here on we have some brand new updates so let’s summarise them. We will be ordering them based on when the Early Bird pre-orders will become available, which is something that Anime Limited is planning to spread more awareness with. An early bird is also planned for 4th September which they are keeping as a surprise (but it’s likely going to be the Bartender Collector’s Edition based on the teaser). 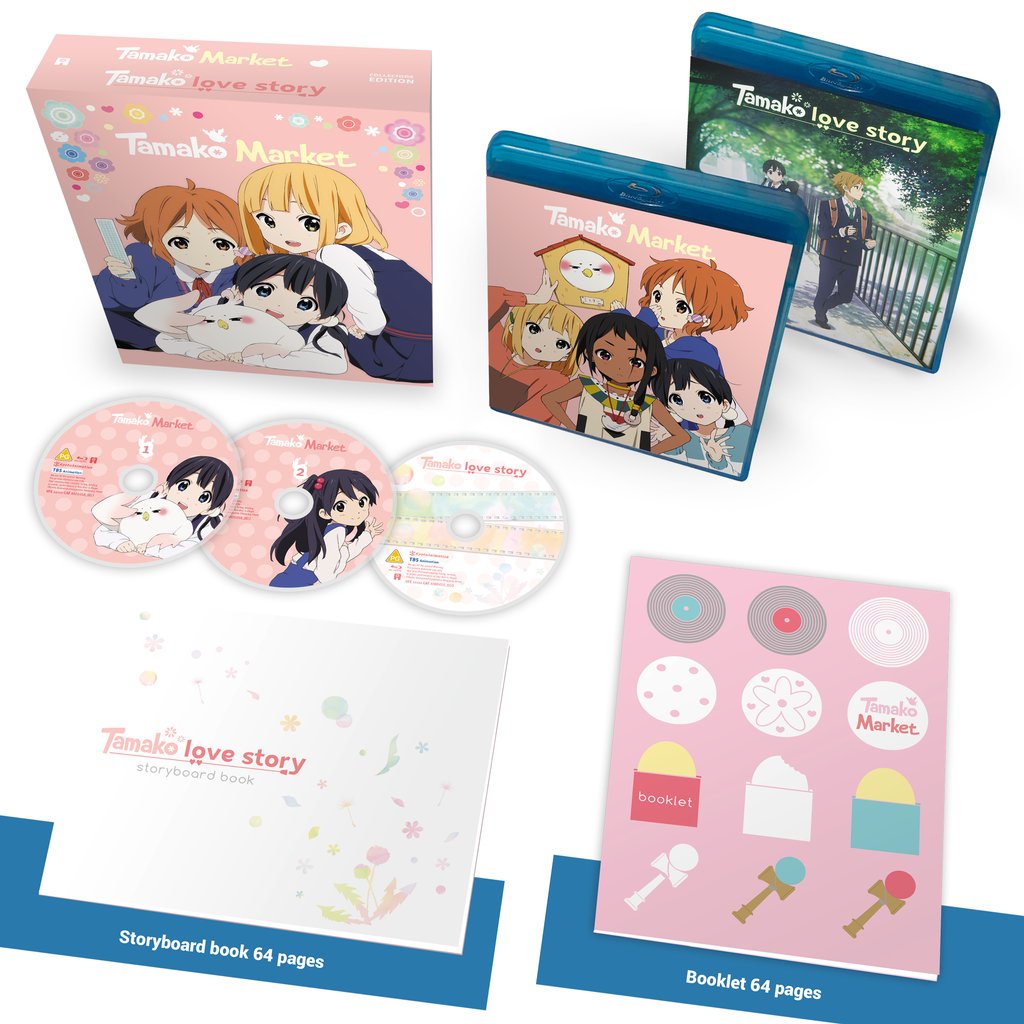 “Tamako knows just about everything there is to know about mochi, the traditional Japanese dessert treats. When she’s not attending her first year of high school, she even invents new flavors and varieties for Tama- ya, her family’s mochi shop. School and growing up, on the other hand, are things that she’s still trying to find the right recipe for. But with the help of her best friends Kanna and Midori, Tamako’s determined to make the best of things.

It’s complicated though, especially when it comes to emotions and her relationship with her best BOY friend Mochizo, whose family runs a rival mochi shop. And lately, Kanna’s been feeling a little odd about her feelings towards Tamako as well. And what’s with up with that strange bird fluttering around, the one that speaks fluent Japanese? It’s all very mysterious and overwhelming, but at least Tamako always has one thing she can count on: No matter if your day’s been good or bad, there’s certain to be something sugary and delicious waiting at the end of every adventure whenever you take a walk through TAMAKO MARKET!” 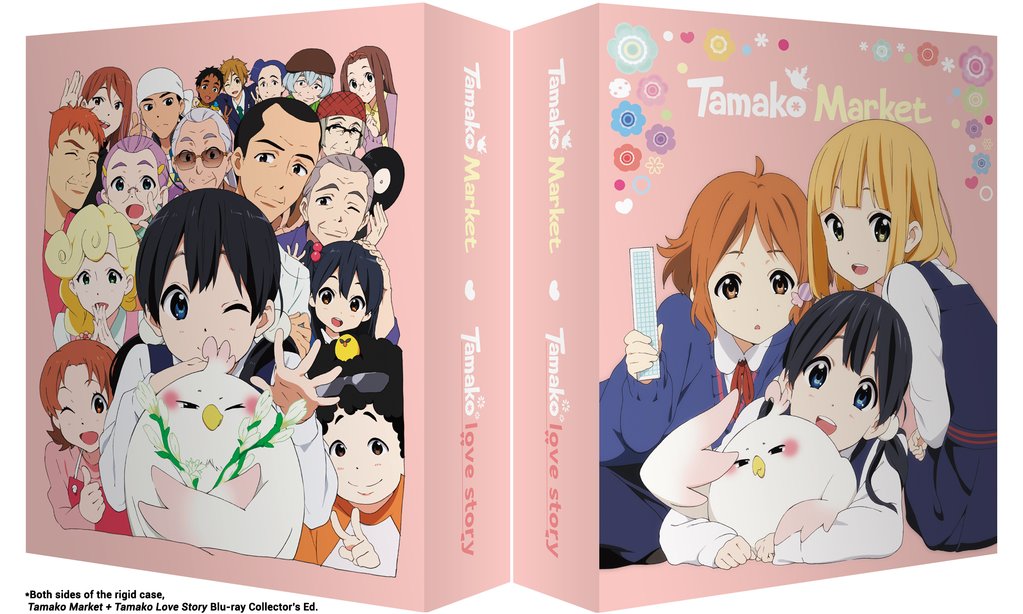 Arriving on 19th October is the 2013 anime series from studio Kyoto Animation and director Naoko Yamada. The 2014 theatrical film is also included from the same studio and team. Both the series and film were licensed by Anime Limited in May 2019. 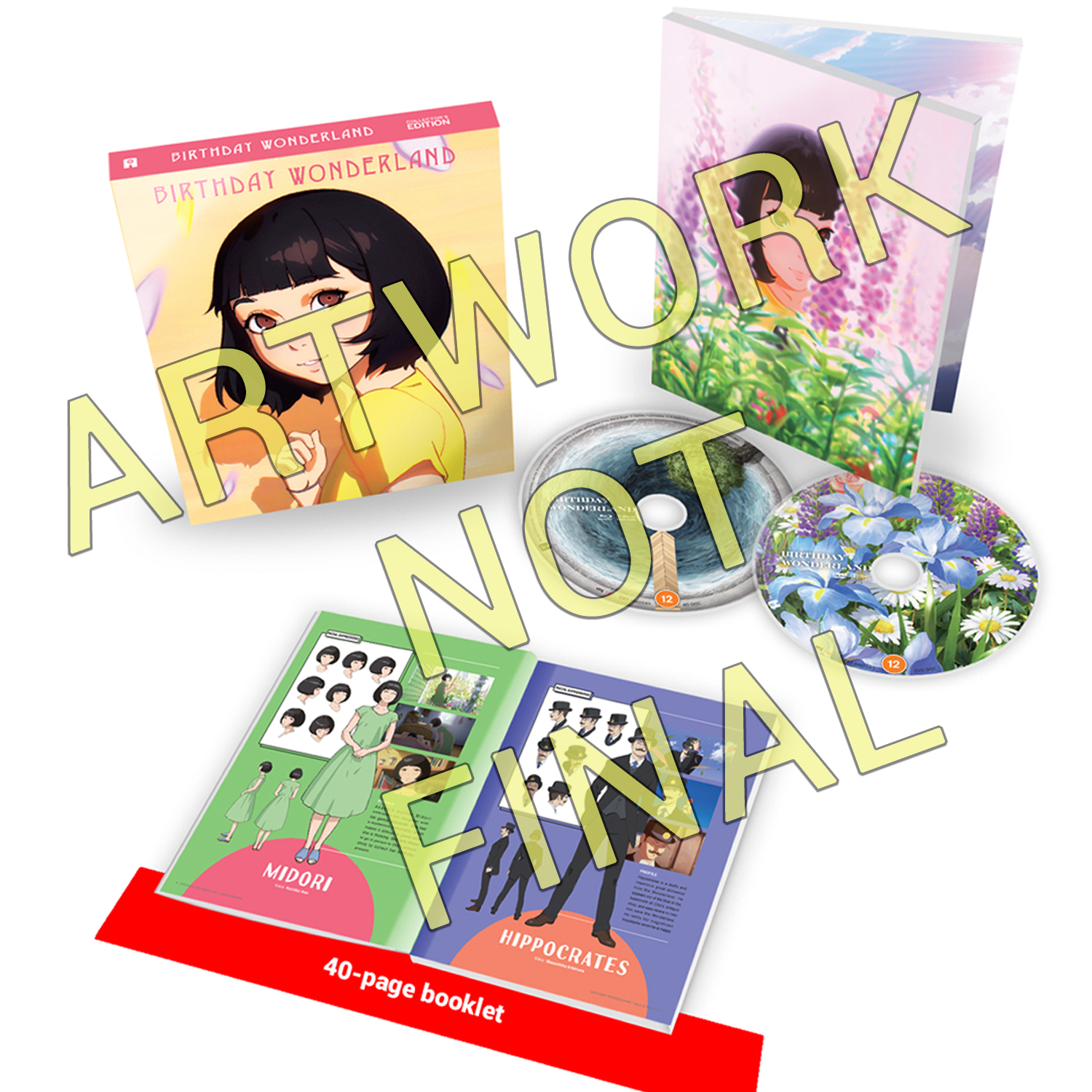 “On the day before her birthday, young Akane meets the mysterious alchemist Hippocrates who brings her through a basement and into a fantastical world full of magic and colour. He reveals that this world is in danger, and as the ‘‘Green Goddess’’ it is her destiny and responsibility to save this world. The only problem? Akane just wants to go home.” 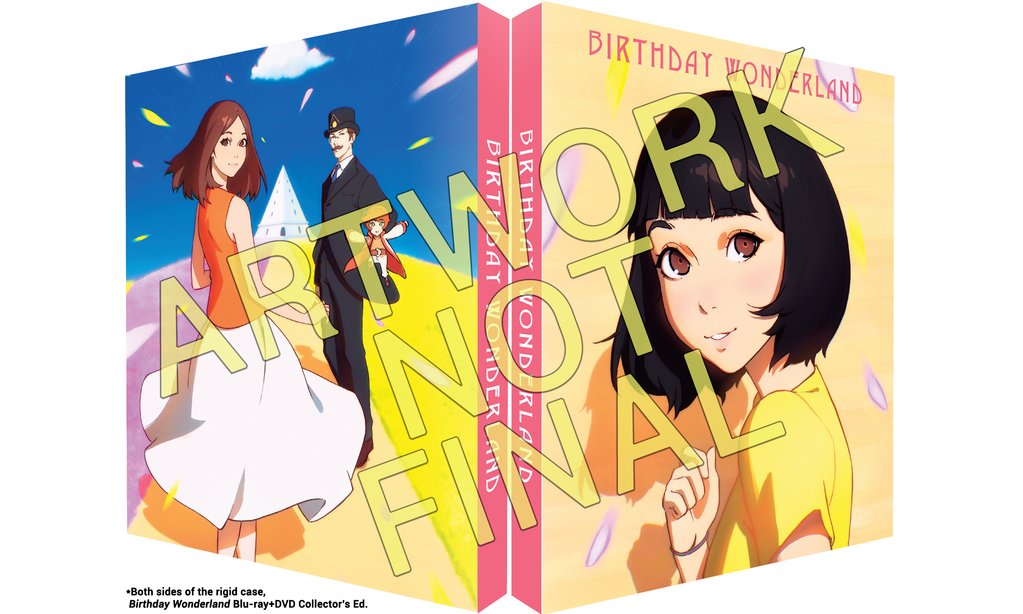 Arriving on 26th October is the 2019 theatrical anime film from studio Signal.MD and director Keiichi Hara. The film was licensed by Anime Limited in May 2019.

The collector’s edition set features the theatrical film Birthday Wonderland (also known as The Wonderland in other regions) housed in a rigid box with a digipack containing one Blu-ray and DVD disc in total. Also included is a 40-page booklet. Audio options include English and Japanese with English subtitles. A standard edition Blu-ray and DVD will also be available. 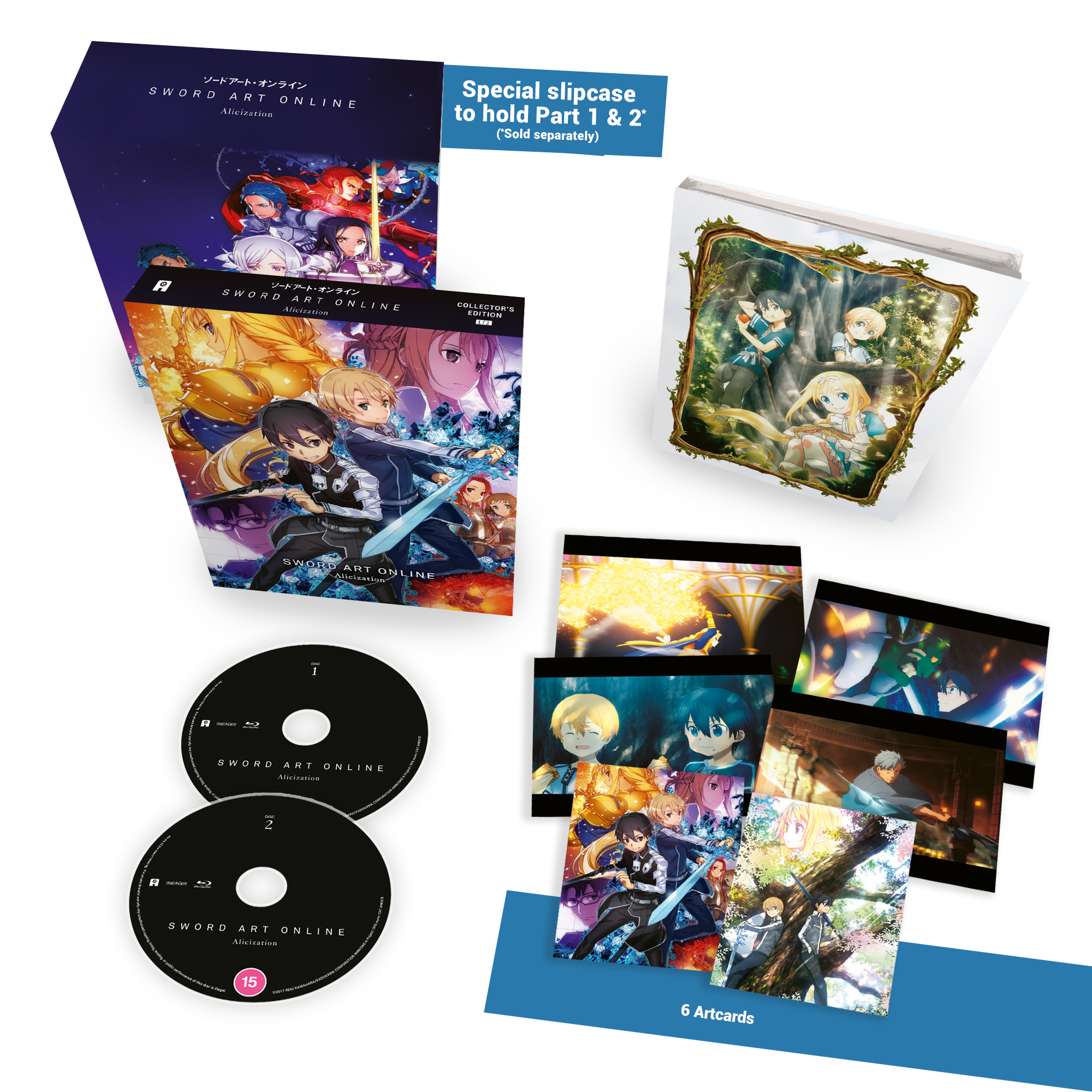 “Kirito Kazugaya spends his days in simple, childish bliss, playing with his friends Eugeo and Alice and revelling in the quiet harmony of the land known as Underworld. This peaceful life is shattered when playful exploration sees the trio arrive on the cusp of entering the so-called Dark Territory. When a brief slip sees Alice fall within this territory, the sentence meted out to her is a harsh one: execution.

This, however, is not a memory he will easily recall, provided as it is by a new and incredibly immersive Full-Dive technology which he has been hired to test, and which leaves him with no tangible recollection of his adventures. Little does Kirito know that he will soon be returning to Underworld in unexpected and dire circumstances, reuniting him with his good friend Eugeo and setting him down the path of a battle not just to save the missing Alice, but also himself.” 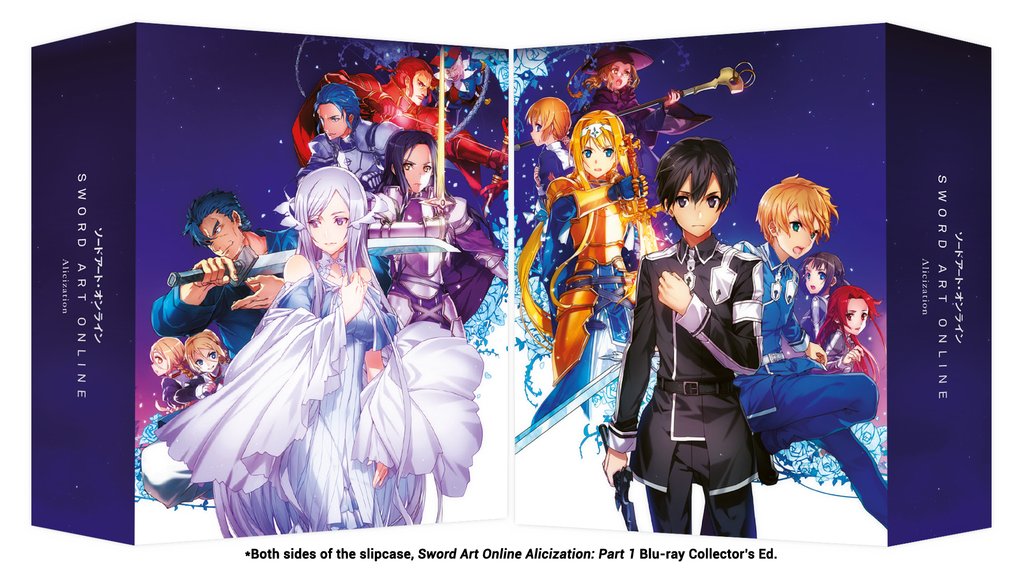 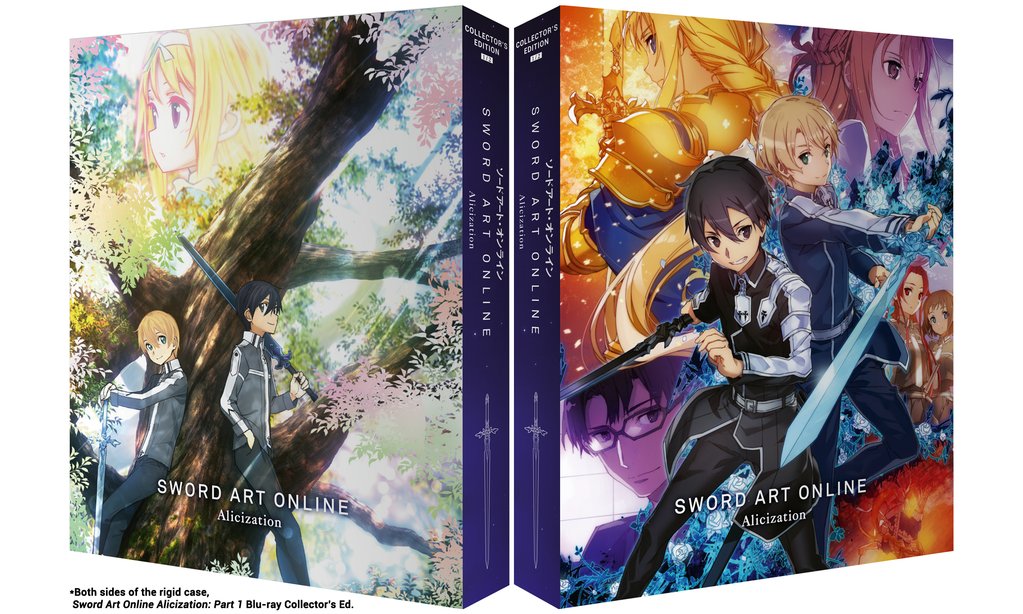 Arriving on 26th October is the 2018 anime series from studio A-1 Pictures and director Manabu Ono. The series was licensed by Anime Limited in October 2018.

The collector’s edition set features the first 13 episodes for Sword Art Online: Alicization housed in a rigid box with a digipack containing two Blu-ray discs in total. Also included is an outer rigid box to house both parts and 6 art cards. Audio options include English and Japanese with English subtitles. A standard edition DVD will also be available. 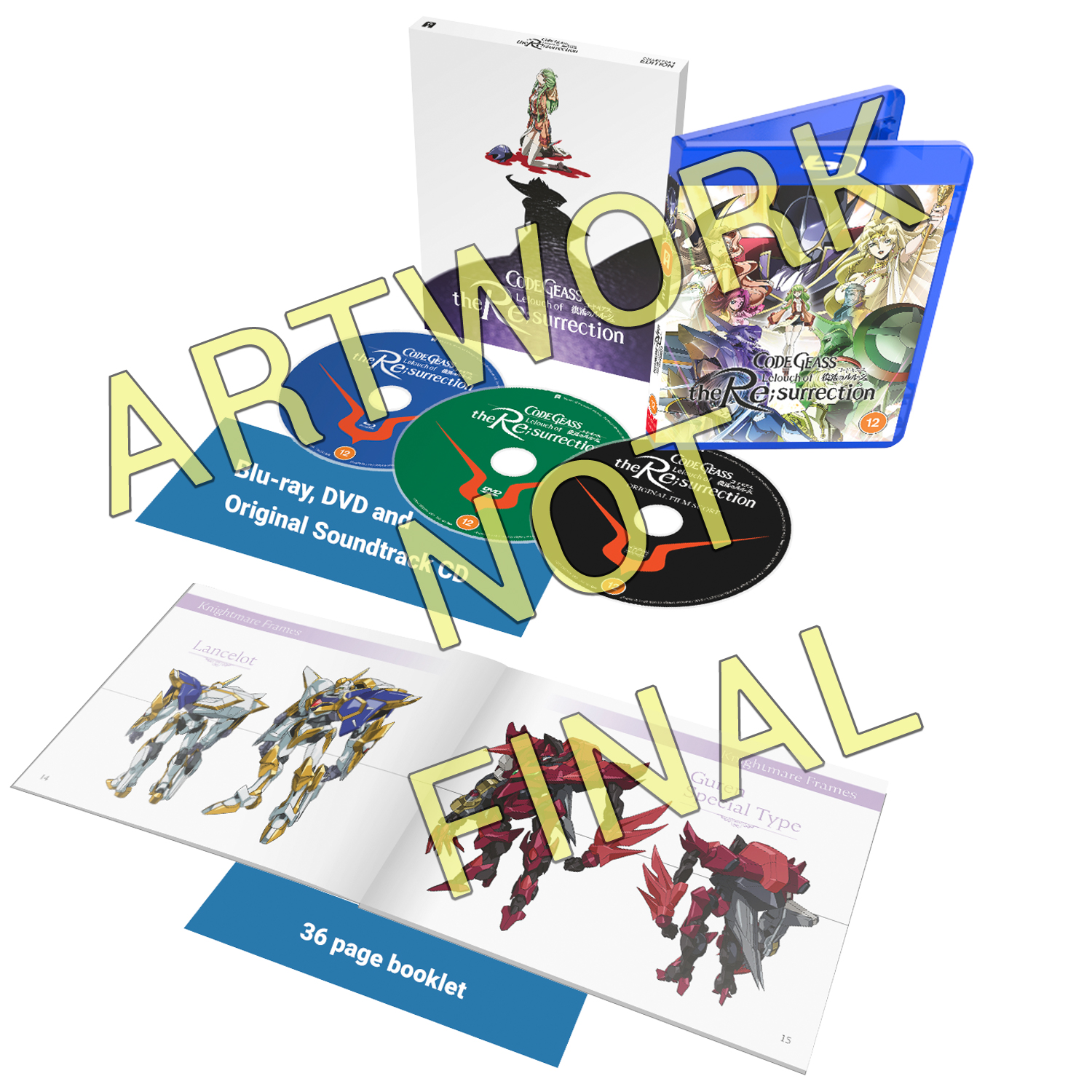 Code Geass: Lelouch of the Re;surrection

“WHAT BECAME OF LELOUCH? THE MYSTERY IS SOLVED AT LAST IN CODE GEASS: LELOUCH OF THE RE;SURRECTION!

With the death of Lelouch vi Britannia bringing to an end the reign of Britannia’s most malevolent emperor, the world finds itself enjoying an unprecedented era of peace under the leadership of the newly formed United Federation of Nations.

Of course, any peace is a fragile one, and when a group of armed militants kidnap princess Nunnally vi Britannia and Black Knights advisor Suzaku Kururugi, the world once again finds itself on the brink of turmoil. As this crisis deepens, it becomes clear that only one man has the intellect and cunning required to trample the growing insurrection – the mysterious Zero. It’s left to the immortal CC to complete the resurrection of this great leader…” 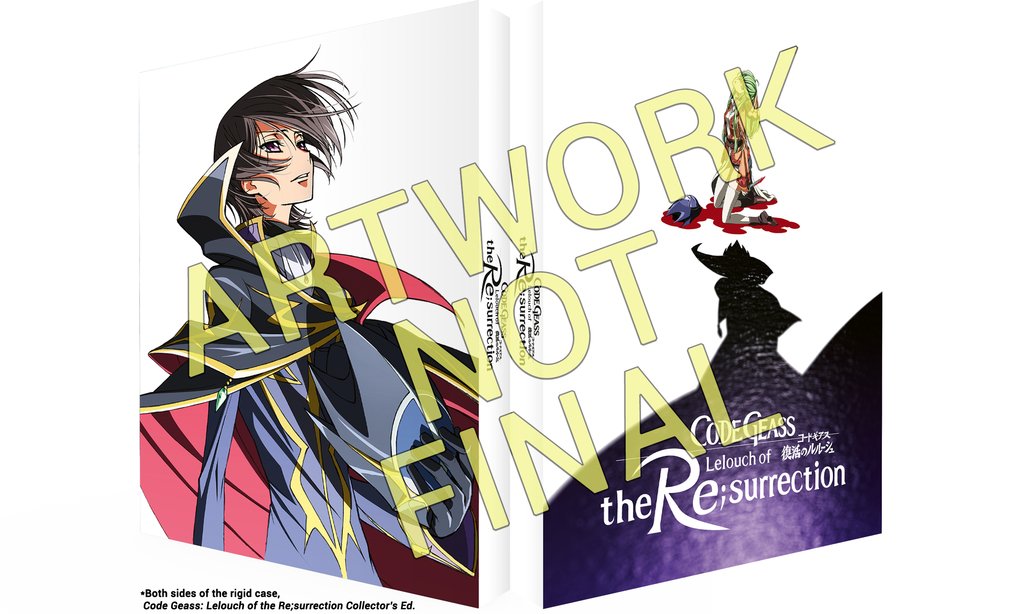 Arriving on 19th October is the 2019 theatrical anime film from studio Sunrise and director Gorō Taniguchi. The film was licensed by Anime Limited in May 2020.

The collector’s edition set features the theatrical film Code Geass: Lelouch of the Re;surrection, housed in a single Amaray case containing one Blu-ray and DVD disc in total. Also included is a rigid box, the film’s original soundtrack on CD format, and a 36-page booklet. Audio options include English and Japanese with English subtitles. A standard edition Blu-ray will also be available. 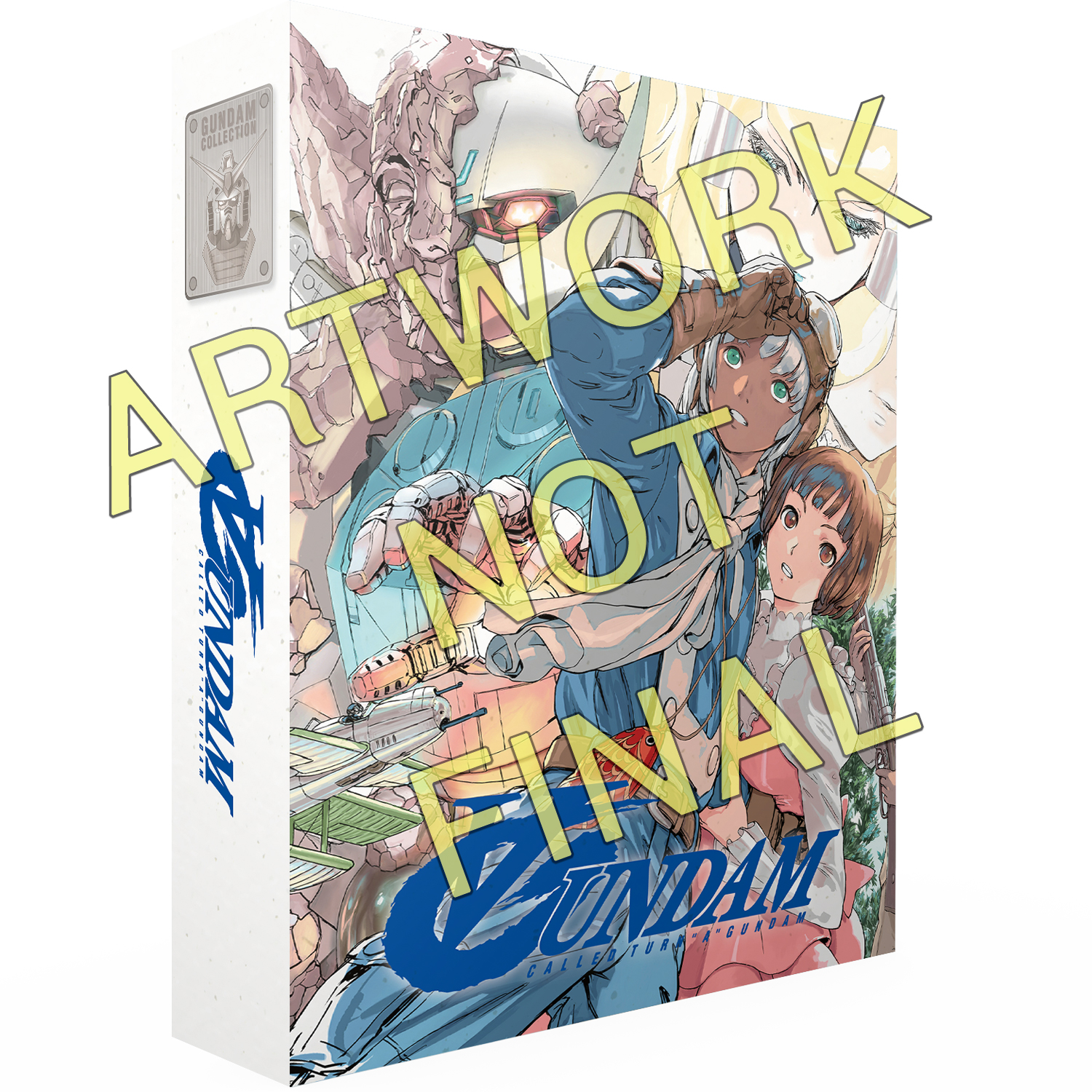 “In Turn A Gundam a separate race of humanity has lived on the moon for 2000 years. Known as “the Moonrace,” their technology is leaps and bounds beyond those that stayed behind on the Earth’s surface. Now seeking to return to their original home, the Moonrace send three teenagers, Loran, Keith, and Fran, down to Earth on a reconnaissance mission to test the viability of its environment.

After spending a year on Earth, Loran has become good friends with Sochie and Kihel, daughters of the prestigious Heim family, and he looks forward to fully integrating into Earth society. But before Loran gets the chance to make his report, the Moonrace launch a surprise attack. Earth’s primitive airplanes are no match for the superior power of the Moonrace’s mobile suits. However, in the midst of the initial attack, Loran and Sochie uncover a long-forgotten relic: a white mobile suit. As a Moonrace, Loran is quickly able to grasp the basics of piloting it, but by doing so, he inadvertently places himself in the middle of a war.”

Arriving on 26th October is the 1999 anime series from studio Sunrise and director Yoshiyuki Tomino. The series was licensed by Anime Limited in October 2015.

That’s a lot of anime incoming for this October, but they have teased more releases for November and beyond so stay tuned for those. 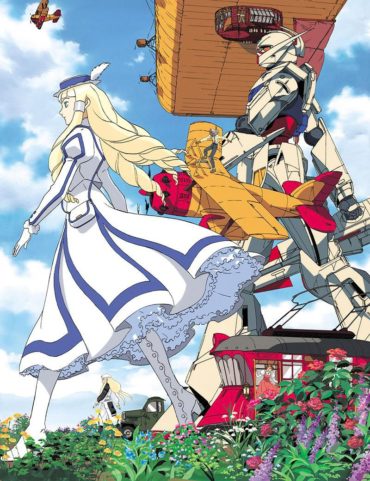