Hikari Tsutsui is an otaku loner with only one real friend and no passion for anything outside of anime and video games, he keeps to himself and never bothers to talk to anyone. One day however, he’s late for school and as punishment must clean the pool with fellow classmate, and the ‘bad girl’ of the school, Iroha Igarashi. The two don’t exactly hit it off, but as their mutual disinterest becomes an attraction, Tsutsui finally gets a chance to experience what it’s like to date a real, 3D girl. The problem, however, is that she’s transferring schools in six months, so nothing can really happened between them. And nothing ever will, right?

Based on a manga by Mao Nanami (available in digital from Kodansha Comics) Real Girl (3D Kanojo: Real Girl) aired in the same season as Wotakoi: Love is Hard for Otaku, and from the premise it seems that the two are very similar: romcoms centred on geeky people struggling to find love due to their interests. However, Wotakoi has not only both parties being otakus, but also adults, which is a key factor as they’re a lot more comfortable in themselves and their emotions, and have chosen to surround themselves with people with similar interests. Real Girl, by contrast, takes place within a school, so it’s rife with hormonal angst, other students bullying the characters for their interests and lack of experience in relationships. Both series offer something very different, and speaking as someone who really enjoyed the first season of Wotakoi, I was interested to see how Real Girl pans out. 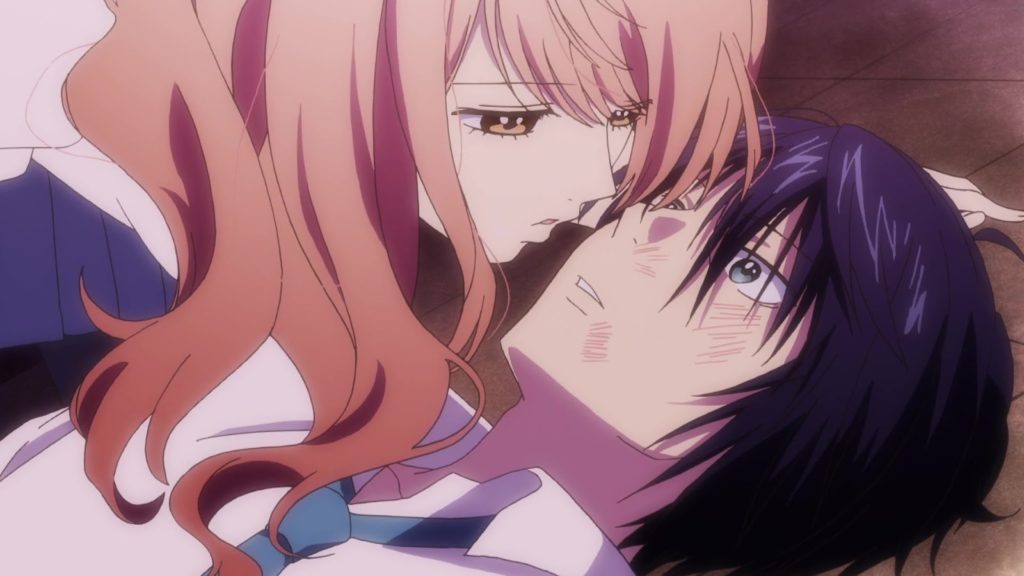 This box set from MVM thankfully contains both seasons (all 24 episodes) of Real Girl, giving the audience a complete story, and this is a rare occasion where binging the whole series actually works in its favour, because if I had watched Real Girl when it originally came out, I would have dropped it four episodes in. The first season is easily the weakest, despite a relatively decent opening episode that sets up the emotional dynamics and the main couple nicely, their relationship development in the first thirteen episodes is a chore to get through. The characters themselves are mostly fine, but the way they’re written is incredibly repetitive. It’s normal for any new couple, especially if one is less experienced than the other, to have miscommunication issues, but having Tsutsui’s constant self-loathing and Iroha’s emotionally-charged lying being the main source of conflict after the third, fourth, fifth, etc time is very tiring to watch. There are also the outside influences on their relationship: there’s a recurring plot point  where Tsutsui just so happens to overhear someone saying mean things about his friends or girlfriend, and him reacting to try and stop them gets boring after a while. Tsutsui also has a habit of talking all the time, inner monologue mostly, but also in person, and he’s a character who is full of self-loathing and no confidence. Whilst having that type of character isn’t a bad thing, if that’s all he ever talks about, he becomes unlikeable. For the first half of the series he struggles to discuss anything outside of himself or his feelings for Iroha, which isn’t romantic or healthy.

Then from Episode 14 onwards, it’s like a fog has been lifted; the writing improves, the conflicts are no longer the same ones as before, and the side characters that felt like they were just satellites to the main couple also start to form their own lives and emotional developments. We are also finally given a few episodes of just having Tsutsui and Iroha be a couple, enjoying each other’s company and loving one another, which some romcoms tend to forget to do. Yes, you need conflict, but if you have too much, and don’t show the audience why we should care if these two get together, then we won’t care in the end. Also, I’m pleased to say that the relationships in this series also progress past hand holding and kisses, we also have sexual intercourse, initiated by female characters, and it’s shown as a healthy, loving act, which is always appreciated.

The second season isn’t flawless however, In the opening animation to the first season, we see Tsutsui and Iroha in what looks like a fantasy setting, like they’ve gone into an RPG ala Sword Art Online, hinting that Tsutsui shares a part of his interests with Iroha. But we never see any of that in the actual series; in fact, whilst Iroha never mocks Tsutsui’s otaku-ness, I also can’t help but notice that as their relationship develops, Tsutsui stops talking about the anime and games he likes. If it weren’t for the side characters, with one couple getting together because of their mutual interests in anime, the series would be saying that in order to have a true relationship, you have to get rid of your geeky interests, which is a stance I firmly disagree with. 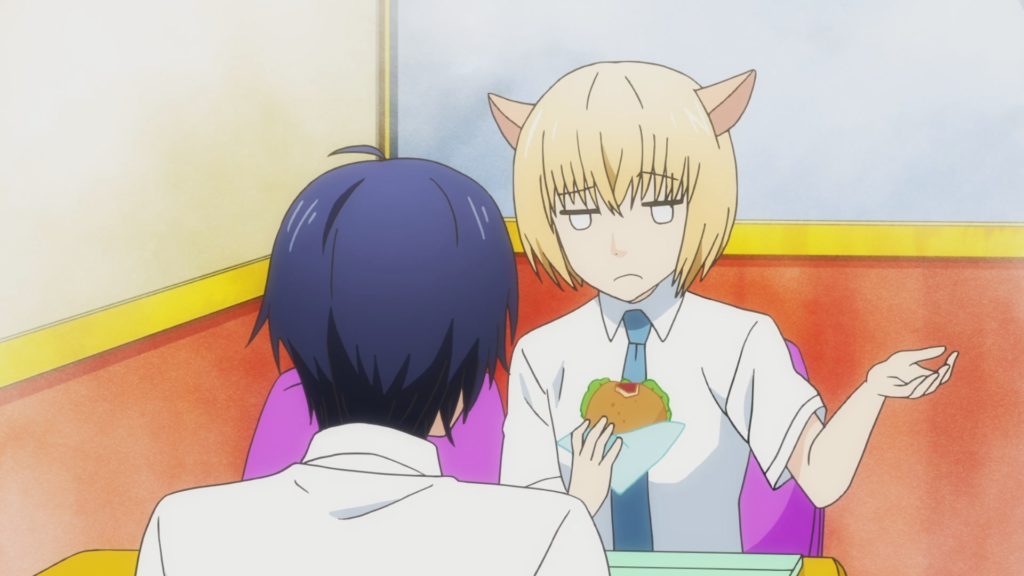 Animation is provided by Hoods Entertainment, and like the series, it’s a tale of two halves. The first season’s visuals are stilted, poor and boring. There’s a constant trick pulled where a character is facing away from the camera, and seemingly changes their expression, but we only know because of the sound effects. And – I know this is a weird thing to pick up on – but the white faded border used was very noticeable and kept catching my eye, which it shouldn’t be. But like the writing, for the second season it does improve noticeably right off the bat; there’s better visual gags, characters are more expressive and the border is toned down considerably.

If you were to ask me if I was a sub or dub type of person, I’d say; ‘whatever the DVD is on, I’ll watch’. Nine times out of ten the English is the default setting, so I tend to stick with that, and normally keep it that way throughout. However, I’ll admit that four episodes in to Real Girl I had to switch to Japanese, only switching back for the last few episodes to see how the performances had evolved over time. Nathan Wilson is cast as Tsutsui and he’s a relatively new voice artist; based on his performance in the last few episodes, he’s definitely talented but I do think he was badly directed in the opening episodes because he just sounded flat and bored, making his inner monologue unbearable to listen in the beginning. Also, his best friend Ito is performed by another new-ish voice artist, Daniel Regojo; not only is his voice super deep compared to the original Japanese, but also doesn’t really match with the shy nature of the character. The music score by Akiyoshi Yasuda is nice overall; he’s only done one other anime score and admittedly it didn’t catch my ear during the first season, but for the more emotionally charged climax, his score really did help to tug on the heart strings.

The collector’s edition Blu-ray set contains all 24 episodes of Real Girl across 3 discs; on-disc extras include clean openings and closings and Japanese promos. The set also comes with an art booklet and 4 art cards.

Real Girl is an awkwardly written romcom about awkward teens finding a place in the world with each other, and in a way, that’s fitting. The first season is a struggle to get through, but the ending provides a nice closure and makes the journey worthwhile. If you’ve already watched all the romance anime currently out in the UK, stick this on your watchlist, but if you’ve yet to really experience any romantic anime, there’s plenty of others I’d personally recommend before giving this a go. 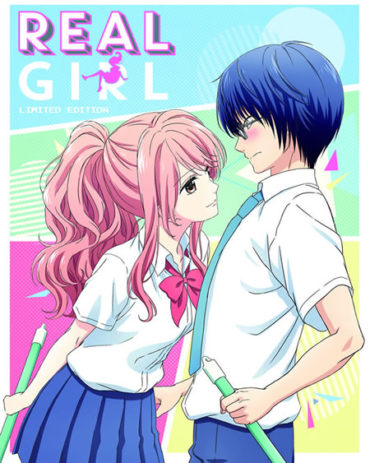 Little Busters Refrain does a fantastic job of capping off Season One with an emotional finale that won’t leave a dry eye in the house.