In a press release distributed today, Anime Limited have announced some changes to their leadership that might prove quite interesting for UK anime fans – as well as our readers from the US. They’ve named Miles Thomas as their new Chief Marketing Officer – you’ll likely know him best as being Crunchyroll’s Director for Community Marketing, and the face of their social media presence.

Miles Thomas is best known for growing Crunchyroll’s social media network hugely, winning marketing and PR industry awards from The Drum, The Shorty Awards, The Webby Awards, and The Eddie and Ozzie Awards, in addition to winning Digiday’s “Best Social Media Team” in 2019 – and he’s a regular presence on anime Twitter too. His role at Anime Limited will be to “utilise his experience building industry-leading marketing teams and developing audiences for hit properties like JUJUTSU KAISEN, Black Clover, and Re:Zero − Starting Life in Another World to support Anime Limited’s expansion into new territories and verticals.”

He describes Anime Limited as “most exciting publisher in the industry,” and had the following comment on his new position:

At a time of unprecedented media consolidation, there’s a greater need than ever for prestige brands with specialized expertise that deliver unparalleled quality to consumers. Anime has never been more popular, and I couldn’t be more excited to help export Anime Limited’s stellar reputation as Western Europe’s favorite distributor around the world.

Andrew Partridge, Anime Limited’s CEO, has described Miles’ new position as “the perfect time to welcome someone like Miles with such a wide understanding of anime across the world and a global expertise in the field to Anime Limited as we gear up for the next phase of our growth and expansion including that of our music label worldwide.”

They’ve also made two key promotions – promoting Jessica Poce to the role of Chief Operating Officer, who will use her “expertise, experience, and knowledge in the industry [to] play a key part in the expansion of Anime Limited’s footprint globally”, and Kerry Kasim to the role of General Manager, United Kingdom and Ireland to help manage Anime Limited’s work within their current markets.

In terms of how this might affect us as UK fans, Miles is one of the most prominent and influential voices in the anime community, so his moving to Anime Limited is a sign that the UK industry is growing and becoming more and more relevant world-wide. The UK anime industry is bright and rapidly growing, but still a niche market, even within the global anime industry – itself a niche market – and so our distributors don’t get to release everything they want to, because the potential audience is too small.

This is why so many of our releases are shared with other distributors – for example, Anime Limited themselves worked with American distributor GKIDS for their Weathering With You release to help share the production costs. Expanding into more markets means more customers to sell to – and more interest from Japan in licensing works to us on favourable terms.

Overall, the move seems to be cause for cautious optimism – details are thin on the ground, but it’s certainly an exciting sign for where Anime Limited – and the rest of the UK anime industry – is headed in the future. As Manga Entertainment retire their name and consolidate into Funimation, Anime Limited’s expansion plans are a sign that our little corner of the market is still thriving. 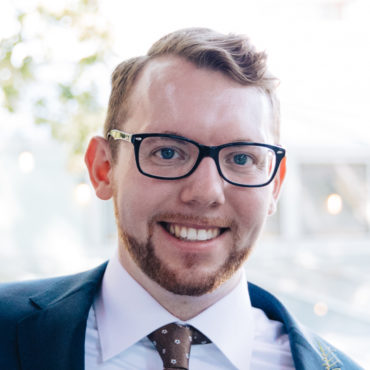