Crunchyroll continues their wave of simulcast announcements from the Spring 2018 anime season. This is the fourth wave of new additions so in case you missed it we have the first three available here: Wave 1, Wave 2, and Wave 3.

It is spring, the season of great changes. Hikari Kohinata is an overwhelmingly cheerful and outgoing 15-year-old girl who has spent all her life in a small and beautiful seaside town on the Izu peninsula. On the first day of high school, she meets Futaba Oki, a slightly introverted girl who has just moved from Tokyo. Before she knows it, Futaba gets dragged along into Hikari’s passion for scuba diving. And from there, Futaba gradually starts to come out of her shell, and learns how to take challenges and dive into the ocean of life.

Jushiki, a system for reproducing natural phenomena and paraphysical acts such as the creation of matter, allows humans to wield a power which they once feared as “magic.” Its mastery has brought advancements to all fields of life, while facilitating the extermination of the once-rampant “Dragons” and “Others.” Gaius and Gigina, two combat-type jushiki wielders, run an office in a chaotic frontier town called Eridana, and make a living using their art to solve problems and collect bounties. One day, a dragon-hunting job falls into their laps. But it’s just the start of a plot far deeper…

Bonda Natsunosuke (26, single), is a left-handed relief pitcher for the professional baseball team, the Jingu Spiders. He became a pro right after high school and now in his 8th year makes 18 million yen a year, and is not what you’d call a “first rate player.” “I don’t know how many years I’ve got left to play after 30.” “Only a few can become coaches or commentators after they retire.” “Pro baseball players need to make their money while before they retire!” Despite the harsh realities, Bonda always repeats the same phrase: “There’s money buried in the grounds.”

The darkness isn’t past yet. The peaceful days turn out to be short-lived as the shadow of another Selector Battle looms large. Mizushima Kiyoi is the first to notice that things are amiss, and she makes her move to put an end to the cycle of darkness.The Battle this time includes a new card, “Key,” and has been set up with rules different than before. With both the mastermind and their motive shrouded in mystery, the darkness grows ever deeper and more menacing. Homura Suzuko, Morishita Chinatsu, Mikage Hanna, Kominato Ruuko, Kurebayashi Yuzuki, Uemura Hitoe, and Aoi Akira… The Selectors gather once again. Hopes, memories, and the key… The final battle with everything on the line begins now!

Shigeno Daigo is an elementary school student whose father, Goro, is a professional baseball player. Inspired by his father, who was once a Major League player, Daigo started playing baseball with the Mifune Dolphins, a youth league team. He was unable to live up to the expectations of being the son of a professional, however, and quit baseball after less than a year. Then, in the spring of his sixth-grade year, Daigo’s school welcomes a transfer student who’s just returned from America. The transfer student is Sato Hikaru, and it turns out his father is Sato Toshiya, a former Major League player and Goro’s close friend. The fate of these two young men begins to move forward!

The childhood friends Akkun and Nontan are boyfriend and girlfriend. But Akkun is always saying ridiculously harsh things to Nontan as well as being cold with her and is frequently moody. But that’s just how Akkun expresses his love for Nontan. This is a high school love comedy about Akkun and Nontan, who doesn’t seem to care at all about how Akkun acts toward her.

Nobunaga’s beloved sister Ichi has married Azai Nagamasa. But the impending battle between the Azai + Asakura forces and the Oda Army is unavoidable. Even a moment’s hesitation could cause either side to lose something important at the Battle of Anegawa. It is there that Chidori, who has been saving her tears, will awaken. In this battle to bring the whole country together, there are times where even brothers must fight! This period drama gag anime is now heading into the Anegawa/Ishiyama Arc!

UPYO! That concludes the fourth wave of anime revealed for Crunchyroll. Stay tuned for the fifth wave plus the full-region details on Golden Kamuy, High School DxD HERO, My Hero Academia Season 3 and Steins;Gate 0. 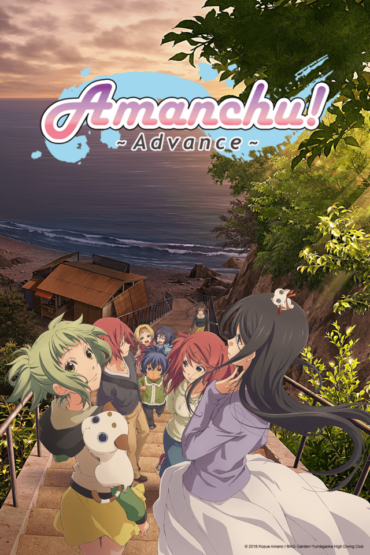