Crunchyroll keeps on going with their fifth wave of simulcast announcements from the Spring 2018 anime season. In case you missed it we have the first four wave of announcements rounded up here: Wave 1, Wave 2, Wave 3, and Wave 4.

Bonobono, a young sea otter, bonds with Chipmunk, Fishing Cat and other friendly woodland creatures. In between the gags, this unique series deals with philosophically nuanced questions such as, “What is life?”

It is the year 2030, and the stage is the capital of Japan, Chou-Tokyo. Through “Buddyfight”, humans have started cultural interactions with residents from other worlds called “Affinity Dimensions”. Buddyfight is a game with selected humans as the “Buddyfighter”, and residents from the other world as the partner (known as “Buddy Monster”). These battles have high significance and sometimes it is even used to decide the fate of a nation, and naturally there are those who seek to use the Buddy Monsters for evil purposes.

You Don’t Know Gunma Yet

Kamitsuki ends up having to move from Chiba Prefecture to Gunma Prefecture. He decides to do a little bit of research about Gunma on his way over, and everything he finds out is terrifying! For example, “The world’s only remaining unexplored area,” and “Make sure you take all your best equipment.” What kind of place is Gunma? What kinds of things are going to happen to him while he’s there? The Gunma-born author brings you the real truth about Gunma in this series.

That concludes the fifth wave of anime revealed for Crunchyroll. Stay tuned for the sixth wave plus the full-region details on Golden Kamuy, High School DxD HERO, My Hero Academia Season 3 and Steins;Gate 0. There aren’t that many left so we expect the final few to be revealed sometime early next week. 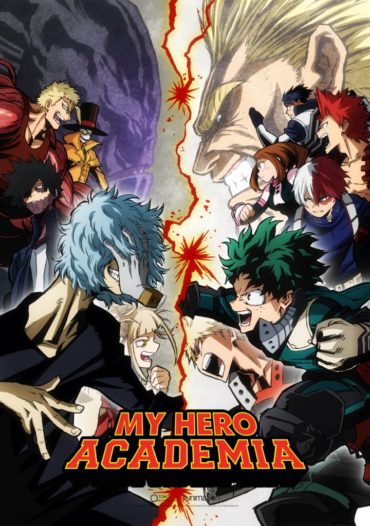