The Animeism programming block has now begun to air their next batch of anime titles. The second of two to appear is the anime adaptation of Grand Blue Dreaming.

Grand Blue Dreaming is now streaming on Amazon Prime every Friday in Japanese audio with English subtitles. The anime adaptation is animated by studio Zero-G, and the series is based on the manga series written by Kenji Inoue (known for writing the Baka & Test: Summon the Beasts franchise). Shinji Takamatsu (Daily Lives of High School Boys) will be directing the adaptation with Hideoki Kusama (Battery) drawing the character designs.

Kodansha Comics have acquired the rights to the original manga source material for digital and print form.

When Iori Kitahara heads off to college, he decides to live at his uncle’s dive shop in Izu named Grand Blue. Iori is looking forward to experiencing college life amidst the roar of the waves, the blazing sun, and his cute cousin who lives with him! However, Iori runs into a group of tough guys playing strip rock-paper-scissors, and ends up joining Peek-a-Boo, the college’s diving club! 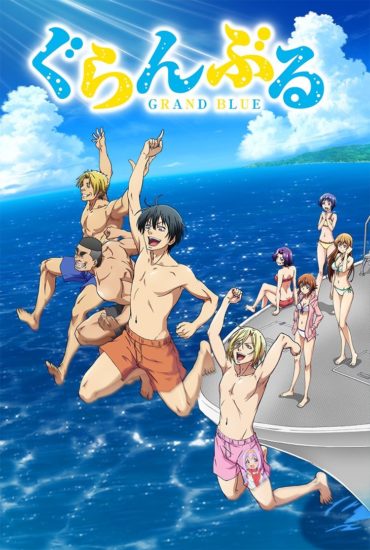