The Animeism programming block has now begun to air their next batch of anime titles. The first to appear is the anime adaptation of Happy Sugar Life.

Happy Sugar Life is now streaming on Amazon Prime every Friday in Japanese audio with English subtitles. The anime adaptation is animated by studio Ezo’la, and the series is based on the manga series written by Tomiyaki Kagisora. Nobuyoshi Nagayama (My Girlfriend is Shobitch) will be directing the adaptation with Touko Machida (DIVE!!) as script composition writer and Shouko Yasuda (Seven Mortal Sins) designing the characters.

Yen Press have acquired the rights to the original manga source material for digital and print form.

Satou Matsuzaka, a girl who has never loved anyone before, falls in love with a girl named Shio Koube. The two girls are drawn to each other, and begin a happy life together. Satou won’t let anyone endanger their new life, and would do anything for love, even if it means threatening, confining, or killing someone. Don’t miss this psychological horror series about sweet and painful true love. 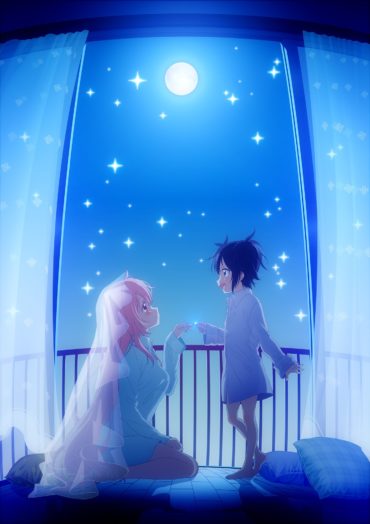