Crunchyroll returns stealthy with a bunch of simulcasts not necessarily announced themselves. Most turned up without warning though so we had to discover the details ourselves.

Currently this will be the final wave of Spring 2018 seasonal announcements, as there won’t be any more turning up over the next couple of weeks aside from To Be Hero Second Season sometime this May. We already covered the details for Isekai Izakaya in the first wave round-up post in case you missed it.

This titles listed below were revealed during the 11th April all the way to 13th April.

Butlers: They are guardians that hold a thousand-year history and a certain fate. Jay lived in peace with his little sister Tenna and a fellow Butler named Hayakawa. However, those peaceful days came to a sudden end. Tenna was swallowed up into the void and Jay was sent a hundred years into the future. Jay finds there is now an academy called Koyomi Academy standing in the place where his mansion once stood. Jay took up the name Jinguji Koma and became the student council president of the school as he looks for clues about the past. Jay will eventually find out the truth behind this world.

Kaname’s a popular girl at her high school, but it’s her popularity off campus that’s the problem. Unbeknownst to Kaname, terrorists are plotting her abduction, believing she possesses the abilities of the “Whispered.” That’s where Sousuke enters the picture. He’s a soldier from Mithril, a secret counter-terrorist unit – and he’s going undercover at Kaname’s school to try and keep her safe.

A war between heaven and hell is raging on Earth – and hormonal fury is raging in Issei’s pants. Enter curvy redhead Rias, president of The Occult Research Club: a club that doesn’t actually research the occult. They are the occult – and Rias is a Devil!

One more note to add with regards to High School DxD HERO. The simulcast was delayed due to ‘production issues’ so the timeslot that Crunchyroll has listed may change each week. In addition due to licensing restrictions (and how AT-X in Japan has timed exclusivity) the simulcast shown will be the censored version and that the uncensored version will be available on the Blu-ray release planned later down the line.

That’s all of the remaining titles revealed for Crunchyroll’s services. As mentioned in the past there are a couple titles that will be appearing on other platforms, for example Magical Girl Site and Wotakoi: Love is Hard for Otaku will be on Amazon Prime while Dragon Pilot and Piano no Mori are expected to be on Netflix. 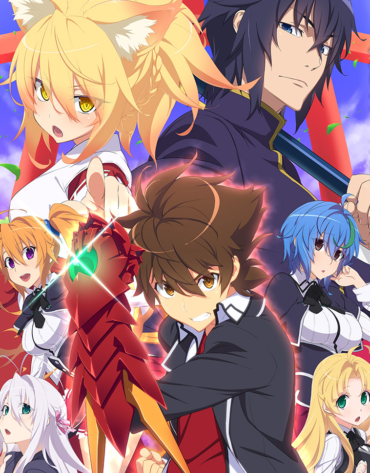