We’re nearing the end of the latest titles getting acquired for simulcast and Crunchyroll as per usual continues their announcement hauls. The seventh wave covers the announcements during the entire day of 9th April (from night-time all the way to the late afternoon).

The story takes place in the mighty Northern field of Hokkaido, the time is in the turbulent late Meiji Era. A post war soldier Sugimoto, aka, “Immortal Sugimoto” was in need of large sums of money for a particular purpose…. What awaited Sugimoto, who stepped into Hokkaido’s Gold Rush with dreams of making a fortune, was a tattoo map leading to a hidden treasure based on hints inscribed on the bodies of convicts in Abashiri Prison?! The magnificent nature of Hokkaido vs vicious convicts and the meeting with a pure Ainu girl, Ashiripa!! A survival battle for a hidden treasure hunt begins!

Last Period: the journey to the end of the despair

“I’m never going to give up!! For that reason, I became a Period!!”

Evil demons known as “Spiral” – made of souls who died in agony – threaten the people of the world. In order to stand up against Spirals, people founded the “Arc End” to suppress the Spirals. Individuals whose skills are recognized are admitted to Arc End to become “Period” to fight for peace.

Hal, who failed the Period admittance test 38 times, was accidentally admitted as an “Assistant Period” in Arc End 8th Squad. Forming a team along with other new members, Gazel and Liese, he is finally able to take his first step towards reaching his goal!

Our story takes place in Japanese Style Tea House “Rokuhoudou” which is quite popular due to the great efforts of Sui (shop manager in charge of tea), Gre (in charge of Latte Art), Tsubaki (in charge of desserts) and Tokitaka (in charge of the food).

Not only do the excel in hospitality for their customers, but they also help out with their worries from time to time. A series of endearing stories that take place in this heartful restaurant.

Who will be their customers today?

That concludes the seventh round-up for the Crunchyroll simulcasts. Looking at the list there’s only 4 titles left to cover; Butlers: Chitose Momotose Monogatari, Full Metal Panic! Invisible Victory, High School DxD HERO, and Steins;Gate 0; the latter three have been acquired by Funimation (however Full Metal Panic! Invisible Victory will not be UK viewable on Funimation). The eighth round-up will likely conclude the Crunchyroll Spring 2018 announcements so stay tuned for that! 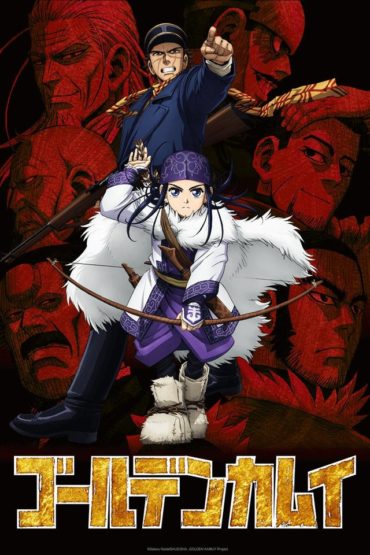